NIGHT of the JUMPs Berlin

California Rolls, Rock Solid Backflips, 540s, Kiss of Death Backflips, 360s, Porti Air Flip, Rowedova Flip, Body Varials and much more besides in the way of daredevil stunt riding will be performed on the weekend of 6th/7th March at o2 World in Berlin. That’s when NIGHT of the JUMPs stages the biggest motorsport weekend of the year in the German capital with the opening round of the 2015 FIM Freestyle Motocross World Championship. Many of the tricks mentioned above have never been seen before in Berlin.

But it’s not just the variety of tricks on the bill that promises to elevate this to the most spectacular competition in the 15-year history of the world’s most extreme freestyle motocross series. The organisers are pulling out all the stops to make this the best ever NIGHT of the JUMPS in Berlin. For instance, there will be an unprecedented track layout with three landing hills and more ramps than have ever been seen before in an indoor world championship event; o2 World has never accommodated a more ambitious FMX track.

The field of riders is also impressive. Reigning FIM Freestyle MX World Champion Maikel Melero will be there, as will his title predecessor David Rinaldo. 2010 World Champion and five-time runner-up Libor Podmol will be making his comeback after four months out of action due to injury. Also in the line-up is an FIM FMX Team World Champion in the shape of Jose Miralles. This is the first time that the Berlin arena has hosted four defending or former world champions.

Freestylemx.com will be featured in the film 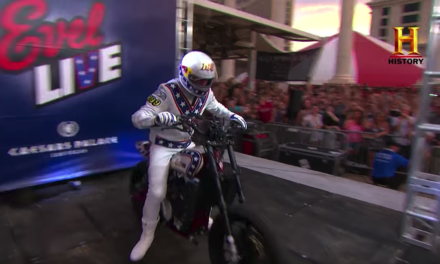