It was exactly 2 weeks after the start of the new World Championship series in Berlin that the Freestyle MX pilots would meet again in NIGHT of the JUMPs in Krakow, Poland. The series would heat up with the return of Hannes Ackermann (GER) and James Carter (USA) from a bout of influenza at the previous round and intervene in the championship battle. However in Krakow unfortunately David Rinaldo (FRA) and Petr Pilat (CZE) would not be able to contest the 3rd round. The Frenchman and 2013 World Champion was a victim of current airline pilot strikes and the Czech rider suffered a devastating crash in his final practise on Thursday at his home, requiring a flight to hospital. (We are wishing Petr all the very best and a speedy return).

With both riders unable to start, it gave our 2015 shooting star, Filip Podmol another starting position but he would dislocate his shoulder on a Tsunami Flip and he wouldn’t make a final spot. Remi Bizouard would also begin his World Championship campaign, and Marcin Lukaszczyk would get his start as the local Polish rider to join the grid but he didn’t have enough in his repertoire to make the final, despite the frenzied cheers from his countrymen.

The current World Championship leader, Melero (ESP) wanted to set the direction for his third victory and in qualifying surprised everyone by unleashing his California Roll early and also including Double Grab Flip. It was this surprise that saw him lead qualifying, followed by Adelberg and Podmol. Remi Bizouard, Brice Izzo and Hannes Ackermann were also able to enjoy their first World Championship finals in 2015.

Credt: NIGHT of the JUMPs. 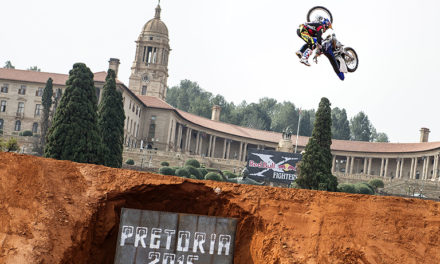